How to Keep up to Date with Changes in IT

It has been on the cards for quite some time, but after April 8th 2014 Microsoft will finally cease to support the Windows XP Operating System. 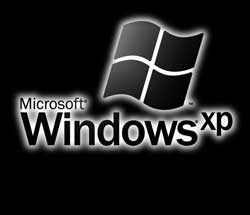 As a result Microsoft will no longer provide technical updates, security updates or bug fixes; so any computers still running the XP OS will be exposed to a wide range of security threats from computer viruses to hacking.

How much of a threat does this pose?

In order to get a clearer idea of the size of the problem, Vanson Bourne, the technology market research agency, undertook a survey of 250 decision makers in the UK’s public and private IT sectors. They discovered that even with the deadline looming, an incredible 94% of UK companies still haven’t migrated all of their devices from XP.

To make matters worse, they also discovered that the companies solicited had an average of 24 business-critical applications which only use Windows XP. These included systems that form the backbone of their daily operations; with 58% of financial systems affected, 39% of Enterprise Resource Planning (ERP) and 26% of Customer Relationship Management (CRM) systems.

As a result, companies are leaving themselves wide open to a range of threats that have the potential to disrupt the fundamental processes that companies rely on to function.

A staggering 80% of businesses without comprehensive IT security and recovery strategies go out of business within two years of a major disaster!

Learn from other people’s mistakes

Perhaps the most high profile example of an organisation failing to maintain standards was the IT failure at RBS. Newspapers were awash with the news that the problem left three-quarters of a million customers unable to use their credit and debit cards on one of the busiest shopping days of the year. 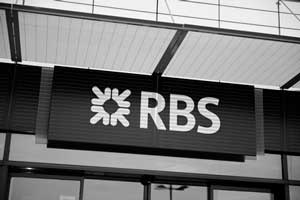 RBS’ rather red-faced CEO announced that the problem stemmed from many years of underinvestment in the bank’s IT systems, something which he vowed to rectify immediately. But the damage to RBS’ reputation was already done and its relationship with its customers is going to take a lot longer to repair.

The Bank of England subsequently pointed out that RBS isn’t alone in the financial sector and a nationwide failure in the banking system was leaving many institutions open to a range of threats including cyber-attacks which have the potential to destabilise the entire sector.

Prevention is always better than cure

The hard facts are that failure to refresh IT hardware and software on a regular basis can result in catastrophic consequences for companies of all sizes and sectors.

To avoid the potential hazards and the accompanying headaches, what is first required is an in-depth understanding of which applications are running on which platforms. This must then be combined with a long-term investment strategy which will ensure that all IT functions are renewed or refreshed on a regular and on-going basis.

Leasing is perfectly positioned to help companies to achieve all of the above; delivering cutting edge, expandable solutions and the ability to update equipment – as and when it’s called for.

When delivered in the right way leasing delivers the flexibility, support, and transparency that businesses need especially with respect to IT equipment. Asset finance delivers the very latest technology at the lowest possible entry cost, enabling companies to keep up with changes and ensure your IT system is always operating at peak performance.