Virtual Reality and Augmented Reality in Schools: The New Way to Teach

Teaching is all about student engagement, and of all the methods around, few have been as successful as the introduction of Virtual Reality (VR) or Augmented Reality (AR) into the classroom.

It cannot be stressed enough about how much of an innovative technology these devices are, and how unlike any other technology that has been introduced into the classroom, allowing a class to float through a blood vessel, travel anywhere on earth, swim the depths of the ocean or bounce across the surfaces of the moon with an empowered 360 degree view.

VR and AR are related but subtly different systems of creating immersive worlds without having to leave the class. Virtual reality creates a computer-generated world that allows you to experience and interaction with a 3D world that isn’t real, simply by putting on a head-mounted display. The display will typically be split between the viewers eyes, creating a stereoscopic 3D effect with stereo sound, and together with the technology and a means of input tracking, it will create an immersive, believable experience, allowing you to explore the virtual world being generated by the computer.

Both of these systems offer students the possibility of experiencing worlds and features that it would be impossible to visit in any other practical way, and manufacturers of such systems have been quick to produce equipment that is easily accessible by children of all ages. Headset manufacturers have developed systems that can be used by multiple users simultaneously, and this is key to creating a truly educational experience.

While VR headsets are commonplace in homes now – though AR units less so – they lack the fundamental multi-connectivity that turns a plaything into a strong educational tool. This systemisation is a key aspect since it allows a group of children to access the same content and share an experience together. 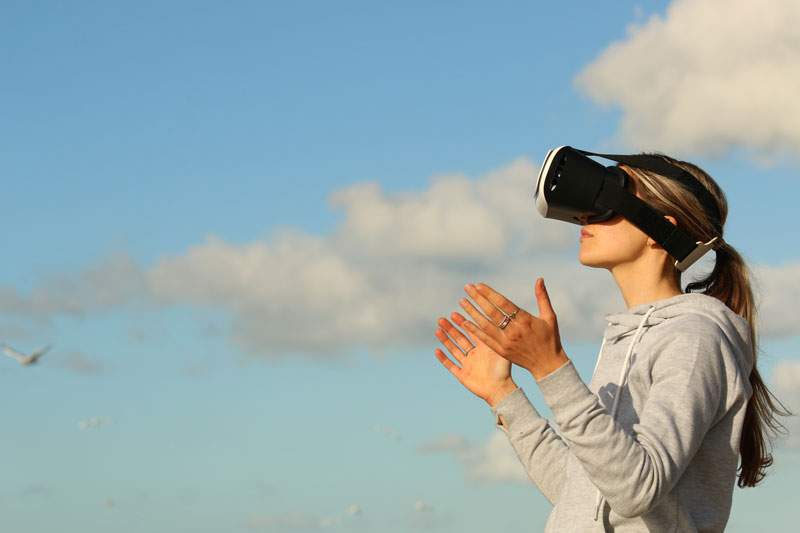 Systems such as ClassVR are designed to integrate an experience for students and operate around a central processing unit which sends the same information to each headset, meaning that children can all engage and observe the same information at once. In order to do this, the headsets used in such equipment move away from the current design that tends to require a device such as a mobile phone to transmit the images via the binocular screens that becomes the 3D image. The fundamental issue with that type of system is one of lack of synchronisation between devices and everyone viewing the content potentially at different times. In order to make a system such as this truly useful, it has to be played out so that all of the class access the content at the same time.

… allowing a class to float through a blood vessel, travel anywhere on earth, swim the depths of the ocean or bounce across the surfaces of the moon with an empowered 360 degree view …

This has led to the development of specialist headsets which have a wealth of on-board computational systems and are Bluetooth enabled so that the data is streamed to each headset simultaneously and seamlessly. That function alone creates a believable world which is ripe for educational purposes and engages the learners, not just by allowing the tutor to send the lesson to all of them at the same time, but also allowing the students to interact with the teacher and each other in real time.

Headsets of this nature tend to have a quad-core processing unit, at least 2gb of on-board memory, the latest Bluetooth standard and a gyroscopic system for control and movement through the virtual world. Many systems also employ a front-facing camera to position other users and integral headphones to allow for a fully immersive experience.

Because the processing power is retained within the headset, the actual VR software can be run from a central computer or even a simple website so that it’s fast to load and runs without a hitch. Obviously, what works with VR also holds for AR too, though that has the element of real-world interface too, catered for by the on-board camera and augmented by the virtual elements driven by the software.

While AR/VR might be seen as almost essential for the teaching of sciences, mathematics, languages, art and English, there is a growing sector that is aiming this kind of technology on behavioural techniques too. Virtual reality exposure therapy for conditions such as PTSD is becoming one of the most common uses of VR, but many other applications also exist. By using thoughtful program design and some creative innovation, VR can be useful to treat a wide variety of phobias and disorders, such as:

Termed virtual reality therapy, this is usually used as part of a larger therapeutic program. For the VR section, the user is exposed to a specially-designed virtual environment with the stimuli they have previously associated with fear or unpleasant situations, such as spiders. Initially the user might see an environment that contains just a few instances of these stimuli, but over the course of therapy, the negative stimuli increase in number and intensity. This exposure helps the sufferer relax and gradually become comfortable with their fear, finally curing their fears.

AR and VR are tremendously powerful tools and with a growing library of content available, it is becoming an increasingly viable means of delivering education and therapy. As systems become both cheaper and more powerful, they are likely to become the tool of choice for these sectors.